The message, not the medium, defines the call for a new type of intelligence analysis.
By Robert K. Ackerman 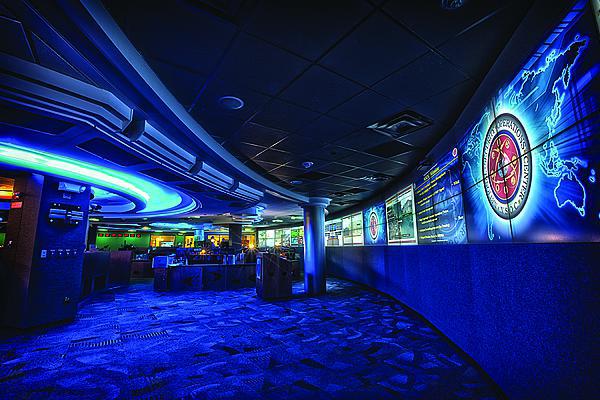 The Arab Spring, which rose from street-level dissent to form a mass movement, might not have come as a surprise to intelligence agencies if only they had been able to read the tea leaves of social media. The characteristics of social media that differentiate it from other messaging media are compelling intelligence officials to change the way they derive valuable information from it. As a result, experts are calling for the creation of a new discipline that represents a separate branch of intelligence activity.

The type of information found on social media is far different from that intercepted via any other type of messaging media. It is pushed by its sender out to large numbers of people. It often consists of information about individuals that is not readily available elsewhere. And, it can represent an indication of groupthink that is not discernible from traditional intercepts.

Sir David Omand is a visiting professor, Department of War Studies, King’s College, London. He is a former U.K. intelligence and security coordinator and the former director of the U.K. Government Communications Headquarters (GCHQ), which provides both signals intelligence (SIGINT) and information assurance as one of the United Kingdom’s three intelligence agencies.

“This is more than a shift from one kind of communications medium to another,” Omand declares. He points out that SIGINT experts have accommodated the shift from copper wires to fiber because the same messages were being carried by the different media. The only change was the transport mode.

But with social media, the message itself is far different than that delivered by other media. This message incorporates a large amount of information about people—their movements, their likes, their dislikes and their attitudes. People behave differently on social media, Omand points out, and the intelligence that can be derived from it “is of a different order” from that obtained by simply looking at messages by individuals.

Experts can examine groups of people and learn their attitudes. This might help determine if public sentiments are changing toward government or other authorities. Effective analysis of this type of information could lead to prediction of the next Arab Spring, for example. “What social media enables you to do is to look at the sentiment of groups,” he points out.

Omand and others who support this approach have coined the term SOCMINT, for social media intelligence. Not only has the context of the information changed, but also the knowledge that can be derived from it. This knowledge can range from anonymous data on group behaviors and attitudes up to reactions on breaking events.

The reason that experts are calling for a special designation for SOCMINT is that existing social media intelligence collection largely consists of “continuing the lawful task of the SIGINT community,” even though this effort is directed at public media instead of telephone calls, Omand offers. SOCMINT would look at social media from a different perspective.

Omand notes that SOCMINT-type analysis already is being performed by organizations such as marketing firms, police and public health departments. These groups are gleaning information on behaviors and likes/dislikes by reading tweets and Facebook pages. SOCMINT can help determine public reaction to new laws and regulations, as well as whether people understand the new processes and ramifications.

“I expect governments will use social media in an open-source way hugely in the future,” Omand states. “This is a gold mine. It tells you so much about people’s preferences.

“For all these reasons, it [social media intelligence] has characteristics that are worthy of making it a separate subject,” he declares.

Omand relates that, during the 2012 London Olympic Games, police monitored the sentiment of protest groups and used that information to help determine how to police them. “There is a whole variety of different ways in which authorities—and the private sector—can enter social media to derive useful information,” he explains. For example, Facebook users can adopt a degree of privacy for their own postings, but Facebook groups usually can be joined by users who might be masquerading behind fake identities.

The value of this type of information already is recognized by government organizations. “Police services will tell you that communications metadata is one of the most valuable tools they have,” Omand states.

Analysts might be able to determine, for example, if civil disturbances in Cairo, Egypt, were about to worsen in the coming month. They would glean this from observing what the city’s people are saying to each other in social media realms. In some cases, civil actions might ensue as a result of emotions being whipped up in social media venues. So, SOCMINT actually might find itself the finger on the pulse of a movement that generates major events.

Omand warns that this type of SOCMINT “is not a silver bullet” in that it might not always provide useful answers. But, at the least it could be a useful additional tool that accompanies other forms of intelligence gathered on a topic. “It could add to the richness of the information you have in trying to make a difficult decision,” he says.

While Omand believes that SOCMINT is both relevant and necessary today, it might not be useful forever. These conditions that define social media today may not exist in 20 years, as the nature of social media may have changed considerably by then, he allows.

Training for SOCMINT professionals would be supplemental to the conventional intelligence interpretation training given to an intelligence analyst. Added to that training would be skills common to the marketing sector, which embraces areas such as sentiment analysis. SOCMINT analysts especially would need to be trained in how to avoid being spoofed by information placed deliberately in the social media realm to mislead, Omand points out. Unintentional biases also would have to be addressed, particularly when a certain group might not represent the target public as a whole. SOCMINT analysts would have to be skilled as well as sufficiently cautious in their interpretation, he offers.

The skills used by today’s marketers to glean useful information from social media are directly applicable for SOCMINT. Automated sentiment analysis, in which attitudes within groups are monitored after an event that generates broad media coverage, would be able to detect shifts in public opinion.

Any team of analysts viewing combined intelligence data should include a SOCMINT expert, Omand states. This expert might serve to critique social media data and warn that it is inconclusive or even misleading, thus preventing a misinterpretation. This approach is common in many fusion centers that employ experts who interpret different types of intelligence, he notes. In some cases, other -INTs could be used to support and validate SOCMINT data early in the process.

If SOCMINT is instituted and social media users are aware their information is being monitored, the very nature of observation could affect the validity of the data. Omand allows this is a possibility in theory, but it might not be a serious problem in practice. “The sheer volume of social media use, and the rate at which it is increasing, may make that effect less prevalent,” he offers. “For most people, the convenience of social media and the added value that it gives to their lives is such that they can’t really do without it.”

For example, 10 years ago the SIGINT community was worried that the availability of online, downloadable encryption software would render its task virtually impossible. That has not happened even though some users employ hard encryption, he notes. Most people are deterred by the complexity of using this encryption software. “We may find that the observation effect is not as great as we might fear,” Omand predicts.

The implementation of SOCMINT ultimately may change the definition of some types of intelligence. Many Western intelligence services differentiate between collection of foreign intelligence and that of domestic intelligence. The lines between the two are blurring, and Omand offers that the difficulty of maintaining the distinctions between them in social media is increasing. Individual nations have different interpretations for the two categories, and they will need to accommodate the social media world in their guidelines.

Most existing social media intelligence can be fitted within current legal structures, he continues. But, there may be gray areas where the law must be examined, especially in distinguishing between domestic and foreign data.

“Sending a tweet is equivalent to opening the window and shouting your message into the street, so you can hardly be surprised if people in the street listen—and you can’t object to that, it’s a broadcast,” Omand points out. “But, people who tweet don’t necessarily have in mind that the government is going to store all their tweets and analyze trends over a period of time.

“Its like the distinction between standing in the street and looking at passers-by—there is no law against that—and actually following an individual where you track them and note all their movements,” he continues. “Then, you’re engaging in directed surveillance, and most democracies would demand you obtain the authority of a senior police officer before you can actually mount that kind of surveillance.”

Oversight is another area that must be addressed. Governments must provide assurances that the intelligence collected by SOCMINT will not be misused or abused. In particular, mission creep must be prevented, Omand says. Ultimately, democracies must enable public debate to ensure the citizens are comfortable with these activities.

The recent revelations by former intelligence worker Edward Snowden generated a significant public reaction because many people were unaware of the degree of surveillance being undertaken by the U.S. intelligence community—particularly with the involvement of Internet companies. Much of this surveillance was legal under U.S. law, but people were not aware of it and so were disturbed by the knowledge.

Even though analyzing someone’s broadcast tweets over a period of time may be perfectly lawful, it may not be what the public expects, Omand offers. “It may be lawful, but is it ethical?” 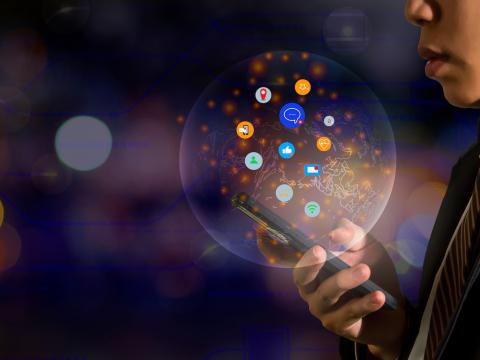 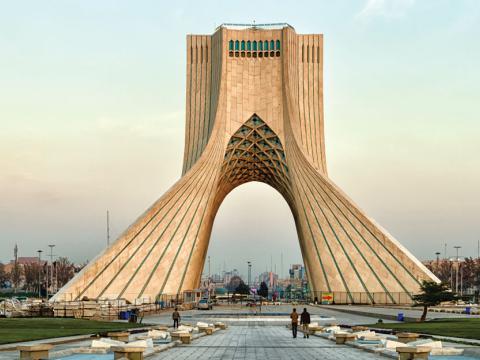 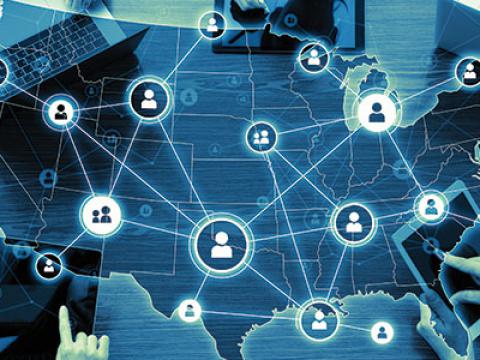 Information-sharing platforms are a virtual treasure trove of ammunition.