Information-sharing platforms are a virtual treasure trove of ammunition.
By Lydia Snider 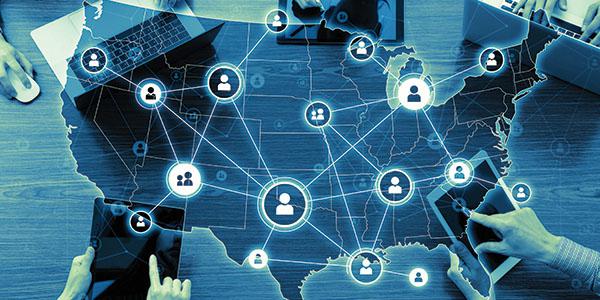 Although social media platforms appear to connect individuals in similar groups, analysis of social activities enables advertisers—and adversaries—to target specific messages to users who are most likely to be influenced by certain posts. Credit: metamorworks/Shutterstock

Many people have written marketing off as frivolous, but it is a field of constant data-driven experimentation, and in the past decade social media sites such as Facebook have become state-of-the-art laboratories for honing influence messaging. In the information revolution marketplace, the organization with the most data and the ability to utilize it wins.

But collecting and using information is about more than persuading a customer to buy a car. Information warfare is now an integral part of military conflict and social media has been weaponized. Data that influences behavior penetrates conventional military front lines and lands on places like mom’s Facebook page and children’s Instagram accounts. Cyberspace—and particularly social media platforms—enables any adversary direct access to individual citizens. Unwittingly, social media companies have created the ultimate weapons of information warfare.

Edward Bernays, considered the father of both psychological operations and marketing, coined the phrase psychological warfare to describe his work during World War I. After the war, he needed to find a niche for his unique skill set, so he penned his Machiavellian style manifesto pitching his services in influence to civilian applications. He found many takers. U.S. companies such as Proctor & Gamble and GE were his clients.

Although Bernays designed the basic tools and tactics for influencing behavior decades ago, industry has been honing them ever since. Every advertising campaign is one more experiment in influence messaging and one more round of grooming audiences for susceptibility to influence.

For example, even when companies appear to be trying to sway the behavior of large numbers of people, they always focus on individuals. They develop an in-depth profile of people—from the mundane such as what they likely eat for breakfast to the secret dark worry that keeps them up at 3 a.m.

Firms also deliver a clear single message that drives a specific action, an approach that is especially suitable for advertising on social media. Rarely are posts about closing a sale; most are designed to move the target along the pipeline to increase an organization’s influence, including requesting a user follow the company on Twitter and Facebook or join an email list.

Savvy advertisers also saturate potential customers’ worlds with their messages. Marketing professionals know it takes eight to 10 touches to convert a browser to a buyer. Social media platforms make this easy, delivering 10 messages to a targeted shopper with a single mouse click.

Marketing professionals also know that, despite claims of craving individuality, people ultimately want to be part of a group, and receiving likes of their messages increases their feeling of belonging. The importance of this “social proof” has given rise to social media influencers and is the reason Russia’s Internet Research Agency invested so much in infiltrating Facebook communities and cultivating its own influencer personalities.

In addition, a saying that evolved over time beginning with the sale of television advertising can be applied to social platform marketing: If you are not paying for it, you’re not the customer, you’re the product. While technology users believe they are the customers, as they visit websites, purchase a product online or share a post on social media, their personal information becomes the product. As a result, social media users have transformed into cows milked for data and attention and the social media platforms the dairy farms.

For example, since Facebook opened to the general public in 2006, users have willingly been contributing to their personal psychological dossiers. They share news about their life events from the mundane, such as checking in from the gym, to milestones, including engagements, graduations and deaths.

Social media platforms also enable users to crowdsource for answers for everything from auto mechanic recommendations to health questions and upload pictures of meals, vacations, families, living rooms and pets. Those images can be analyzed for content, giving social media companies a cache of information such as which users love the outdoors and even if they prefer mountains or the beach.

Further, Facebook’s data-hovering capabilities aren’t limited to activity on its own site. Any home page that offers convenient login with a Facebook profile delivers information about activity outside the social media platform.

Although social media platforms may be the precision-guided munitions of information warfare, collecting the data is only half the equation. Information is only useful with an effective mechanism for analysis and application. In Facebook’s case, users can be sorted for delivery of influence messaging, and the company collects detailed information on responses.

Social media platforms offer additional advantages. Using traditional media, marketing campaigns are a scattershot lob into a void; it isn’t possible to know precisely how many people saw a particular message or how long they viewed it. This is the dark matter of marketing.

But platforms such as Facebook and Instagram shine a light on this dark matter. For example, Facebook’s deep psychological dossiers know who is likely to buy what food product, automobile or ideological message.

This capability gives rise to a new form of dark matter in marketing: dark ads that keep consumers in the dark. An advertiser can develop different messaging for different audiences, and each group only receives specific messages.

One example is content from Russia’s active measures campaign against the United States via social media. Some users didn’t believe it was effective because they did not see the content in their news feeds. But because of dark ads, these users wouldn’t have received these materials because they were not potentially effective targets for a particular message.

Social media sites, particularly Facebook, are powerful at honing an influence message. In A/B testing, two versions of a post are released with a specific variable changed, for example using the same text but two different pictures or identical posts delivered at different times of day or to different regions. Within hours of launching a post, the data starts rolling in about how many users liked, commented, shared and clicked through to the item. This deep data dive includes information about the number of people who viewed the post because of advertising and how many people saw it organically through friends who liked, shared or commented on the ad. It also can deliver details such as time of day, age ranges, gender and the region where people who engaged with the information live.

Some argue that Russia’s active measures against the United States were not effective because many of the posts had a low engagement rate. But merely counting likes is not an accurate measure of a post’s effectiveness. Without knowing the full metrics or the intended outcomes of the posts, it is impossible to know their effectiveness, and even low engagement rates offer valuable feedback for the next iteration of the message.

According to the 2018 indictment of 13 Russian individuals, the Internet Research Agency began its campaign to influence Americans in 2013, a three-year lead-time to the presidential election to identify target audiences and then test and hone messages with highly sophisticated influence delivery and measurement tools.

These activities were merely a shot across the bow. They indicate that cyber warfare weapons can reach audiences far and wide by digging deep into information individuals willingly share.

Emerging technologies such as artificial intelligence and machine learning are sure to boost current capabilities and bolster the power of influence operations. To fortify organizational and even national cyber borders will require innovative thinking and a cultural shift that increases awareness and a citizenry prepared to believe the incredible.