Virtual Reality a Friend And Foe in Terror Fight

As the technology becomes more accessible, it makes the world both safer and more dangerous.
By George I. Seffers 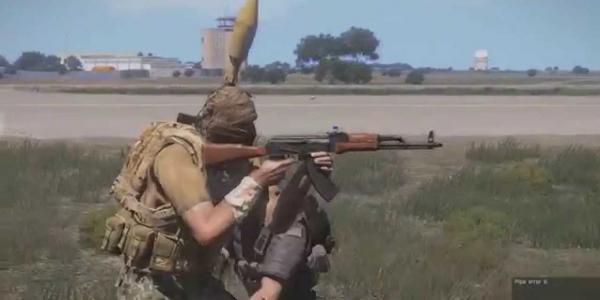 The ISIS terrorist group has modified a video game called ARMA III. It allows users to rack up points by killing Westerners or others considered to be enemies of ISIS. Virtual reality, or VR, is improving to the point where terrorists are able to exploit it.

As virtual reality technology becomes less expensive and delivers a more realistic, immersive experience, some national security experts warn that it is only a matter of time before terrorists use it for recruiting, training and plotting attacks.

The virtual reality (VR) marketplace is exploding. Oculus Rift, HTC Vive, Sony PlayStation VR, Google Cardboard, Microsoft HoloLens, One Plus and Jaunt are competing in a rapidly growing field. Greenlight Insights, a VR research firm, projects that the global market will reach $7.2 billion by year’s end and nearly $75 billion by 2021.

Advances and new commercial or government endeavors in VR routinely make the news. In April, for example, Facebook unveiled Facebook Spaces, a VR app that allows users to design mini-me avatars and hang out with friends in virtual locations. The friends can view the world through Facebook 360 video, hold virtual objects and display photos in a VR slideshow.

Also in April, industry faced a deadline for responding to a Defense Advanced Research Projects Agency (DARPA) request for information on VR, gaming, war gaming and modeling and simulation. The request for information suggests that the technology could aid strategic, operational and tactical decision making. Meanwhile, human-computer interaction researcher Pedro Lopes, a doctoral student at the Hasso Plattner Institute, University of Potsdam, is using electrical muscle stimulation to allow VR users to feel solid objects, including the weight and resistance of a virtual object they are holding.

Furthermore, BBC News recently suggested that 2017 will be the year of VR movie making, and Rolling Stone featured an article about efforts at the University of Southern California’s Institute for Creative Technologies to use the technology to treat post-traumatic stress disorder (PTSD). The institute is funded by the U.S. Army Research Laboratory and is at the forefront of VR advances.

The lure of these varied technologies could be too much for terrorist groups to resist. There are many plausible scenarios. Just one: Terrorists could create a virtual building identical to one they wish to target and use it to plan and train to carry out an attack. “Even building models of things becomes pretty straightforward with some of the techniques. So, for example, as terrorists are trying to scout out and figure out how to conduct an attack, you can certainly see them wanting to use a virtual reality tool,” says Daniel Gerstein, senior policy researcher, the RAND Corporation, a global policy think tank.

He cautions that terrorist groups could fairly easily adapt or mimic technologies used for military or homeland security purposes. “The U.S. military has been doing live, virtual and constructive training for many years. This type of training could be used to simulate ... the tactics terrorists intend to use in an attack,” he contends.

Sometimes the same technology could aid the good guy and the bad guy concurrently. Gerstein recalls that when he served as the Homeland Security Department’s acting undersecretary for science and technology, Customs and Border Protection explored using avatars to conduct security interviews. Terrorists could use the same capability for the opposite purpose—passing security interviews, he suggests. “You could easily envision that a terrorist might be interested in getting that same technology and being able to use that to practice doing [security] interviews,” he says.

At the same time, simulations, VR systems and gaming help U.S. troops hone warfighting skills, whether firing an M16 or launching Stinger missiles, says Scott Stewart, vice president of tactical analysis at Stratfor, a geopolitical intelligence firm. He indicates that similar capabilities and commercially available first-person shooter games could be of special interest to terrorist organizations—especially games that “allow you to do your own modifications and create your own worlds and develop your own scenarios,” Stewart says. “That way you could include the type of people you want to target, whether ethnic minority targets or people of different religions. If you’re in a jihadist context, you can put up Shia targets, Christian targets, Hindus, Sikhs or other non-Muslims.”

While there is no evidence yet that terrorist groups are training with VR, the technology’s growing affordability may change that. “The cost is coming down so much. It doesn’t take that much to have worlds of war games and put in your own background and do virtual reality in that,” Gerstein says. “I have worked with one company that could set up this kind of thing for under $100,000. If you had people who understood the technology and had the skills, they could program it themselves.”

Gerstein cites Front Defense from HTC Vive, the U.S. Army’s Engagement Skills Trainer and America’s Army, which the service developed and released in 2002. “While the last one is really not virtual reality, taking the concepts and placing them in a virtual reality environment is not that technically difficult or resource-intensive,” he adds.

On the other hand, David Krum, computer scientist at the Institute for Creative Technologies, says building VR systems is still a challenge. “Developing an effective training simulation requires deep knowledge of the tasks, the environments and the situations involved. Also, it requires specialized knowledge to turn that into software, a training system and a set of effective training lessons,” Krum notes.

Stewart agrees that terrorists likely will benefit from VR technologies as the systems proliferate, but he indicates that virtual practice will never rival real-world training. “It’s something that can be useful, but there are limits to what you can do with a virtual reality-type activity,” he says. “Putting somebody who is a Navy SEAL operator or a Delta Force operator into a virtual reality environment is different from putting somebody who is a rookie into that same environment. The rookie doesn’t have the skills that come from years of training.”

Krum echoes that assessment: “Virtual reality is not magic that can be sprinkled on someone to turn them into anything formidable. Military organizations in the U.S. and other nations are learning this lesson. Virtual reality is a tool that can be effective for training, but it requires knowledge and effort to properly apply.”

Stewart points out that terrorist groups have used video games for years to radicalize and recruit new members—and to promote their agendas—and virtual reality could support that mission. Just one example: Ethnic Cleansing, 2002’s first-person shooter game loaded with racist messages and themes that was released by the National Alliance, an American white nationalist group. The player controls a neo-Nazi or Klansman character taking part in a race war.

More recently, the Islamic State in Iraq and Syria (ISIS) modified a game known as ARMA III, allowing users to create characters based on ISIS militants. The modified game rewards users for killing Westerners and others seen as ISIS enemies. “Those are really more for recruitment and propaganda than for actual training,” Stewart adds. “I don’t think anybody’s going to play massive amounts of Halo and come out a better operator.”

However, Stewart also recalls that Anders Breivik, a white supremacist who claimed 77 lives in a 2011 bombing and gun rampage in Oslo, Norway, deliberately played thousands of hours of video games, including World of Warcraft and Call of Duty: Modern Warfare 2, before committing the heinous attack. “It was almost like a desensitization thing for him, to desensitize him to taking human life,” Stewart points out.

As VR games become more realistic, that desensitization effect could become more powerful. Camp Bucca allows players to torture prisoners. Grand Theft Auto V also includes an interactive torture scene. And one campaign within Call of Duty: Modern Warfare 2 calls for players to brutally massacre civilians. Even some users question whether developers should pull back on the graphic violence. On VRTalk.com, a VR discussion platform, a user identified as hadmyny says: “I feel as though a bloody murder in a flat video game is so much less disturbing than the same scene in VR. Part of me is scared to think what type of brainwashing violent VR could do to our youth, but another part of me feels as though we may lose a big realism factor if developers ‘moderate’ their violence.”

Researchers have noted that VR users walking a tightrope exhibit the same signs of stress as if the tightrope were real. And WIRED magazine reports that some VR developers have grown concerned with the stress that virtual worlds can create and have opted to leave death experiences out of their games.

Still, it was the intelligence community’s 2016 worldwide threat assessment that first sounded the alarm that VR might pose a national security threat. “[Augmented reality] and VR systems with 3-D imagery and audio, user-friendly software and low price points are already on the market; their adoption will probably accelerate in 2016,” testified then-Director of National Intelligence James Clapper in a report to Congress. “[Augmented reality] provides users with additional communications scenarios (e.g., by using virtual avatars) as well as acquisition of new data (e.g., from facial recognition) overlaid onto reality.”

The CIA’s connecting terrorism and VR shocked many, Gerstein reports. “This caught a lot of people very flat-footed when this came out,” he says.

Although they recognize the threat VR poses, some experts say little can be done. Krum says he is certain systems developed for the military are restricted through export controls, but Gerstein and Stewart express doubts that such controls can be effective when commercial systems are being developed and distributed worldwide. “We’re in the world—some call it the democratization of technology—where we just have to be cognizant that all of the technology out there has the potential to be used in both good and nefarious ways,” Gerstein offers. “The cat’s kind of out of the bag.”