View of Space Just Got Clearer

Whether for military ops, standard communications or a lofty connection linking nations together during crises, space systems are critical. Enhancing the ability to monitor space assets-and to augment them with newer, better equipment-is a major STRATCOM mission. The command continues to move forward and to seek commercial support, but are the requirements clear? Is the acquisition process easily navigable? Share your thoughts here.

The U.S. Strategic Command (STRATCOM) isn't merely polishing the lenses of its legacy space assets to improve its satellite communications (SATCOM)-it's also ordering a new pair of glasses to see its future capabilities. Not only does the command have three Wideband Global System (WGS) satellites currently in orbit, it's also looking at ways the commercial sector can support its endeavors. These efforts-along with STRATCOM's revamping of its Joint Space Operations Center-are in the sights of Executive Editor Maryann Lawlor in this month's issue of SIGNAL Magazine. Her article, "Space Monitoring Undergoes Extreme Makeover," also focuses on the command's authority over the Commercial and Foreign Entities Program, as well as steps being taken to maintain order among space assets in their daily travels across the universe. A number of advances under the Joint Functional Component Command for Space (JFCC-Space) are already reaping benefits. The last of the Block One WGS satellites, for example, took its place on orbit last year to support the combatant commands at 10 times the capacity of the Defense Satellite Communications System III. A top JFCC-Space priority is also to prevent space-faring objects from crashing into one other, whether they be U.S. assets or those of other nations. More than 20,000 manmade spaceborne objects are orbiting above the Earth-including approximately 1,000 active satellites that are tracked every day-making acute situational awareness critical. To address this issue, the JFCC-Space is deploying Space-Based Space Surveillance to improve the command's ability to track objects in the geo-belt. The commercial sector has much to offer the military in the way of information and ideas. In that same vein, discussions have taken place between the U.S. military and Space Data Association Limited, a consortium comprising commercial satellite companies INTELSAT, Inmarsat and SES Astra. Industry-government cooperation has already proven mutually beneficial. Commercial satellite providers, however, have been frustrated by the government's lack of planning in this area. As such, high-level Defense Department officials have been meeting with satellite company officials on a regular basis. The Defense Information Systems Agency continues to manage defense acquisition of commercial SATCOM. The agency is seeking the best ways to work with industry to buy capacity and to make requirements more predictable, says Lt. Gen. Larry D. James, USAF, commander of both the JFCC-Space and the 14th Air Force, Air Force Space Command, STRATCOM:

I think we are moving in the right direction to accomplish those two goals and to help commercial companies see us as a stable buyer with a fixed set of requirements that we can build off of if the need spikes.

Whether for military ops, standard communications or a lofty connection linking nations together during crises, space systems are critical. Enhancing the ability to monitor space assets-and to augment them with newer, better equipment-is a major STRATCOM mission. The command continues to move forward and to seek commercial support, but are the requirements clear? Is the acquisition process easily navigable? Share your thoughts here. 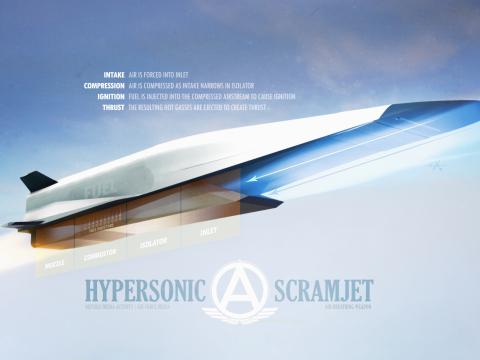