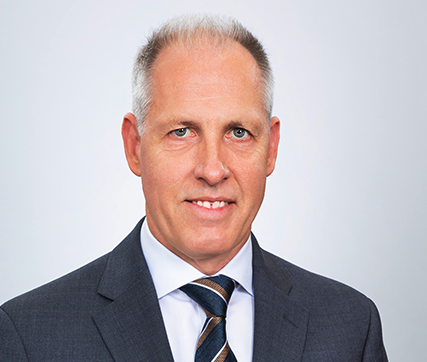 Brig. Gen. Paul H. Fredenburgh III, USA (Ret.), serves as AFCEA’s executive vice president for National Security and Defense. He retired following a distinguished military career in the U.S. Army that spanned 32 years and numerous commands and duty stations. He served as the deputy commander of Joint Force Headquarters–Department of Defense Information Network (JFHQ-DoDIN), where he directed an organization focused on command and control of global network and defensive cyber operations that enabled cyber mission assurance for the Defense Department.

His other significant assignments include service as director, Command, Control, Communications and Cyber (C4) for the U.S. Indo-Pacific Command and commandant of the Eisenhower School for National Security and Resource Strategy at the National Defense University. He successfully performed increasing responsibilities across a range of staff and command positions in joint, multinational, and Army units, both in the United States and while deployed.

He earned a Bachelor of Science in electrical engineering from Norwich University in Northfield, Vermont, and was commissioned a second lieutenant in the infantry, later transitioning to signal. He earned a Master of Arts in national security and strategic studies from the Naval College of Command and Staff, Newport, Rhode Island, and a Master of Science in National Resource Strategy with a concentration in information operations from the Industrial College of the Armed Forces, National Defense University, Fort McNair, Washington, D.C.