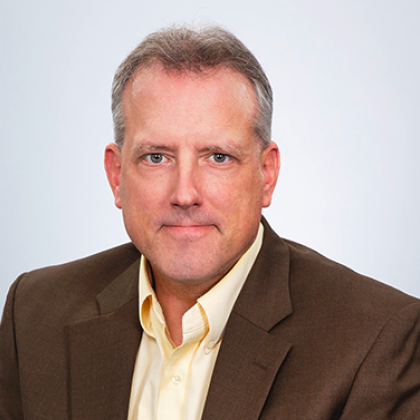 Jim Griggs has more than three decades of experience in federal, state, local and private sector engineering and technology management. Since 2003, he has served as the chief information officer (CIO) and chief technology officer (CTO) at AFCEA International. As the CIO and CTO, he heads up day-to-day AFCEA International IT operations and leads outreach efforts to the national security IT community.

In his role with AFCEA, Mr. Griggs also serves as the chief liaison to the AFCEA Technology Committee, an all-volunteer group of senior industry and government technology leaders, which among other things helps drive the program for several of AFCEA's events, and selects recipients for the annual AFCEA technology awards program.

Mr. Griggs came to AFCEA from netgenShopper/Respond.com, where as employee #3 between 1999 and 2003, he served in several roles including IT director, functional software designer and software developer.

Prior to his stint in the .com arena, Mr. Griggs worked for Planning Research Corporation (PRC | Northrop Grumman) for several years as a senior functional analyst in its State and Local public safety division and was a PRC President's Award winner in 1998. He joined PRC after starting his career working for the Fairfax County Police Department in its Public Safety Communications Center.

Mr. Griggs has a Bachelor of Science from George Mason University, and holds several commercial and government IT certifications.