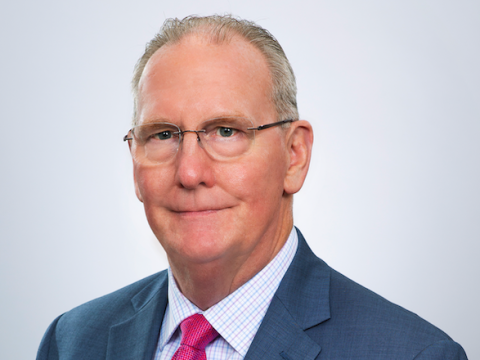 Prior to starting at AFCEA, Mr. Miorin was the treasurer and chief financial officer for the Catholic Diocese of Harrisburg, Pennsylvania. In this position, he was responsible for the consolidated financial operations of the Harrisburg Diocese, with annual operating revenues of $175 million. Additional responsibilities included Human Resources, Information Technology and Development.

Before the Diocese of Harrisburg, Mr. Miorin was the chief financial officer and assistant executive vice president of the Pennsylvania Builders Association. In this position, he managed all financial and accounting operations for the state association, a wholly owned management company and a benefits trust company. The combined revenues for these organizations exceeded $150 million.

Prior to entering the nonprofit sector, Mr. Miorin worked in public accounting for 12 years. His last position was audit manager at a regional CPA firm in Lancaster, Pennsylvania.

Aside from his financial experience Mr. Miorin is retired from the 28th Infantry Division, Pennsylvania Army National Guard after a 20-year career. He enlisted in 1982 as a combat medic, and in 1985, completed Officer Candidate School. Positions held included platoon leader, executive officer, company commander, division liaison officer and division personnel management officer. Mr. Miorin was branch qualified in both the Medical Service Corps and Infantry.

Mr. Miorin holds a Bachelor of Science degree from Lebanon Valley College with a double major in accounting and management. He is a member of the American, Virginia and Pennsylvania Institute of CPAs, holds both CPA and CGMA designations and is licensed in Pennsylvania for multi-line insurances.