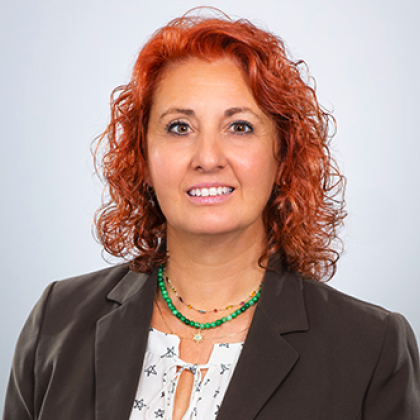 Prior to this position, she was the executive director of communications and employee engagement at ManTech and served as the editor of its employee quarterly magazine.  She was a journalist for more than two decades, including with SIGNAL Media as its executive editor, and extensively covered the U.S. military, both from within the United States and for nearly a decade overseas.

She served as a war correspondent, covering multiple military combat operations in Afghanistan, Iraq, Haiti and Bosnia and Herzegovina for the editorially independent daily newspaper Stars and Stripes. She graduated from George Mason University in Fairfax, Virginia, with a degree in communications, emphasis in journalism, and holds numerous awards from the Virginia Press Association.