Desktop virtualization offers extraordinary payoffs that could cut total U.S. Defense Department information technology spending by up to 12 percent. Depending on legacy configurations, numerous approaches are available to achieve that rapidly—it is not a “bridge too far.” The technology is mature; it is a path that already has been paved by thousands of commercial firms.

A prototype virtual operating system will allow researchers to load experiments into supercomputers quickly without having to modify their programs substantially to operate on a specific platform. The software uses a technique called virtualization to enable a machine to run multiple operating systems, something current supercomputers cannot do. This capability would allow high-performance computers to operate a wider range of software, from highly specialized modeling and simulation programs to commercial applications.

With the military's current mandates to increase efficiencies, virtualization offers multiple benefits to the armed forces. Projects underway at the National Security Agency are advancing its use, but the government needs to reconcile security requirements with available capabilities before warfighters enjoy the full benefit of the technology.

Thin Is "In" for Client-Server Computing

Everything old is new again-desktop virtualization moves computing from current fat-client server architecture back to a model similar to times past. What is now device-oriented will become server-oriented, and the technology is ready. Do you believe the Defense Department should proceed with desktop virtualization, or do you see other, more efficient paths? Read the complete article and share your opinions here.

Paul Strassmann offers his insights on network virtualization as an answer to cyber security concerns about the proliferation of things contributing to the "attack surface," such as networks, circuits and computers.
Cyber
Defense
Technology

Officials in two areas of Afghanistan—Regional Command–South and Regional Command–East—are engaging in independent efforts to virtualize servers. The combined endeavors mark the first time the practice has been instituted in a theater of operations on such a large scale. And, according to NATO and U.S. sources in Afghanistan, it already is reaping rewards for the warfighters, including saving space, fuel, energy and money, while reducing system downtime and increasing data rates, memory and processing power.
International

In the past few years, the U.S. Pacific Command (PACOM) has participated in several operations that required the sudden U.S. collaboration with a range of unexpected partners. These operations repeatedly highlighted the same point: PACOM must be capable of rapidly standing up new communities of interest (COIs) for specific

Virtualization of Servers: The First Step Into the Cloud

Migration into a cloud environment by means of virtualization of servers is extremely attractive and has instant paybacks. Compared with other software-intensive improvements, the ability to combine servers in order to increase computer utilization from less than 20 percent to over 70 percent is the most attractive choice in the current environment, when cuts in IT budgets for FY12 and beyond are required by end of this July.

Reaching the Clouds Won't Be a One-Stop Trip

One would not transport a tribe from the Amazon jungle to an apartment house in Chicago and expect life to continue as before. One also would not lift thousands of applications that populate the U.S. Defense Department’s network and place them into clouds and expect no operations to be interrupted during the transition.

Building the Modern Federal Data Center Through Virtualization and Automation

The increased dependence on interconnected networks propelled the Defense Department to seek viable solutions to not just counter the upsurge of cyberthreats, but to do so at much quicker speeds. There's a catch, though. 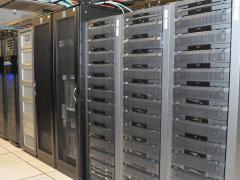