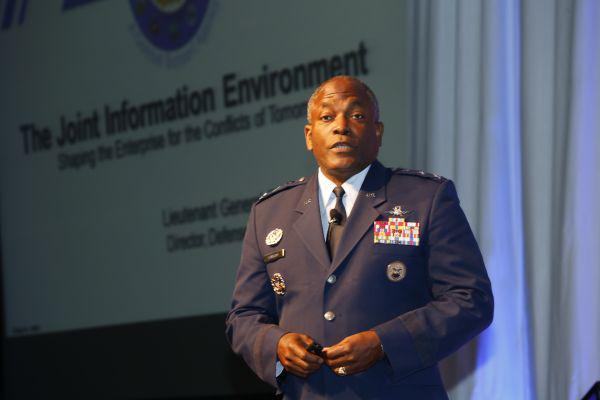 Quote of the Day:
“We ought to be able to eat our own dog food.”
—Lt. Gen. Ronnie D. Hawkins Jr., USAF, Defense Information Systems Agency director

The explosion of information technologies is seeding Defense Department efforts to build the Joint Information Environment (JIE), but ultimately it will be emerging capabilities that enable the defense-wide endeavor to reach its full potential. New technologies permeating the commercial infosphere already are beginning to have their influence on the military, but their effects may prove to be the truly revolutionary aspect of the environment. Not even information technology experts can predict where this will lead, but they all agree the defense community must adapt to embrace innovation to reap the full benefits offered by the JIE.

Many of these technology issues were discussed by industry and government leaders on the first day of AFCEA’s three-day Joint Information Environment Mission Partner Symposium being held in Baltimore May 12-14. Virtually all panelists and speakers agreed on the importance of innovation for the JIE, but no clear picture emerged about the path to its realization, let alone its final form.

Lt. Gen. Ronnie D. Hawkins Jr., USAF, Defense Information Systems Agency (DISA) director, set the innovation tone in his opening address when he described how collaboration in social networking is the wave of the future. Decrying email as “yesterday’s technology,” Gen. Hawkins stated that people who are entering the Defense Department do not use email, and the defense community must move away from it and embrace the new methods of personal networking.

He related that DISA already is embracing many of the new aspects that will characterize the JIE—especially those that the agency is urging on the rest of the defense community. “We ought to be able to eat our own dog food,” Gen. Hawkins declared. “We must do what we are telling the services to do.”

One innovation that will be vitally important is software-defined networking, said members of a panel comprising current and former chief technology officers (CTOs). They offered that SDN will open a new door to network architectures and activities that will rival previous advances.

“SDN is as big as the original packetization in the network,” declared Stephen B. Alexander, senior vice president and CTO for Ciena. “We can light fiber as much as physics will allow. We can create terabit flows; but you’ll want to slice these terabits into different missions. SDN will virtualize networks—user-bespoke networks,” he stated.

Sam Ceccola, CTO for Federal HP, said, “You can’t solve cyber without the role of SDN.” And Chris Smith, former CTO and now vice president of technology for AT&T Government Solutions, said that SDN is “nothing less than a transformation” for AT&T.

Ultimately, Ceccola applied its importance to the theme of the symposium. “You cannot accomplish the goals of JIE without SDN,” he declared.

These panelists explored many new information technologies that offer to change the face of the military. Patrick Burke, senior vice president and CTO for SRA International, said, “We are seeing things in the cyber market that will be revolutionary if not disruptive,” adding that the military needs to enable mobile technologies to take their place in the force. “We’re moving from exploratory technology into real operational technology. Technology is at the point where you will see real improvements in what we need to do.”

Alexander observed that applications-driven behavior is driving network development. Instead of adding hardware, engineers add apps to shape the network. This is leading to a major change in how engineers design, build and operate networks.

One key to success, according to Ceccola, is to automate testing. This would include functional, performance and security testing. Alexander called for letting some people “break the current process” for innovation.

To pursue innovation, Burke suggested using social media as a collaborative tool. He noted a study that showed successful companies constantly innovated—they took advantage of their work force by treating them as customers instead of staffers. “Program managers were decision makers more than moderators,” he related.

Industry will play a role in helping the department achieve its JIE goals, the speakers said. That role may include helping the Defense Department change the way it procures information technologies. Gen. Hawkins asked for industry’s help in moving more forcefully into the digital future. “Help us change the rules that are out there now. You know as I do that some of them are archaic,” he said of the current information technology rules.

This includes acquisition. Saying that DISA “must make sure we are not using policies from the McNamara era,” Gen. Hawkins warned that 50-year-old policies must be changed to reflect ongoing changes brought about by the information technology revolution.

Horan outlined three shifts in industry that are influencing IBM’s strategy: data is becoming the world’s new natural resource; the cloud is transforming information technology and business processes into digital services; and social media, mobile technology and access to data are changing the way individuals are understood and engaged.

High on the company’s list is security, and Horan described how IBM holds mandatory training once a year to deal with the new challenges that continue to emerge. “The threats are becoming so sophisticated these days, we have to educate everyone,” she emphasized.

Coming up on the second day of JIE 2014: A luncheon keynote address by Al Tarasiuk, chief information officer (CIO) for the Office of the Director of National Intelligence; two panel discussions featuring industry and CIOs and how combatant commands and agencies are partnering; and several concurrent theater sessions exploring elements of the JIE and related issues. 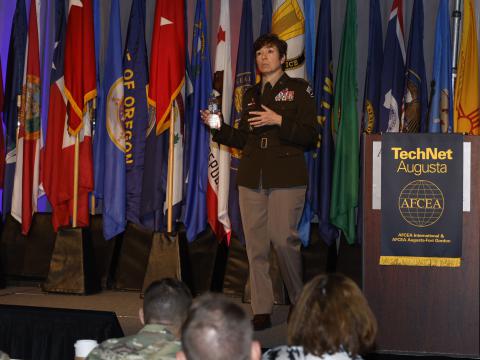 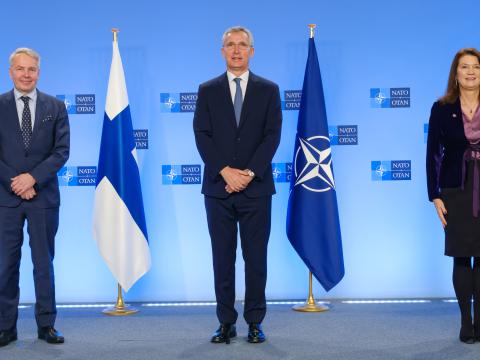 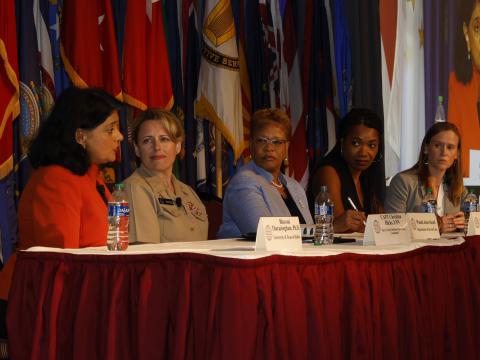 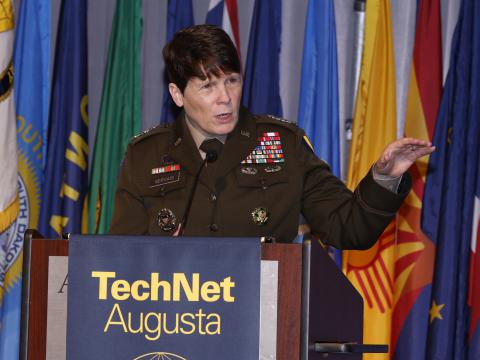