New to the military, the department's information technology leader finds inspiration in DOD's protection of the nation
By Kimberly Underwood 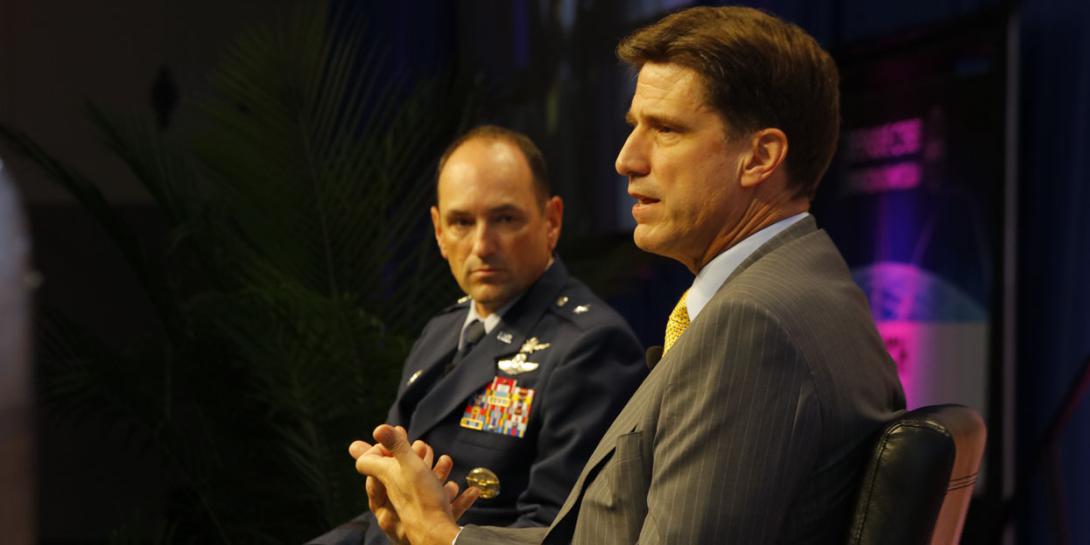 A technologist who has never served in the military and has never worked in government has taken the reigns as chief information officer (CIO) of the Department of Defense. But Dana Deasy has plenty of experience in almost 37 years as a private industry information technology executive, leading the IT needs of such venerable corporations as JP Morgan Chase & Co., BP Group, General Motors North America, Siemens Corp. Americas, and Tyco International.

As the CIO for the largest bank in the United States, Deasy oversaw $9.5 billion in technology investments in 2016, negotiating the bank's technology requirements in a notoriously stringent financial exchange compliancy environment. He implemented some of the bank’s emerging “fintech” or financial technology, including machine learning, digital transactions, public cloud use and cybersecurity measures.

“When you look at his record, and his background, you can see he is the right man for the job at this time,” said Lt. Gen. Robert Shea, USMC (Ret.), when he introduced Deasy at the AFCEA Defensive Cyber Operations Symposium (DCOS) in Baltimore on May 17. “He’s very familiar with safeguarding information coming from the banking and finance industry and he understands risk and risk management, market forces and speed to market capabilities. And he understands the value of information.”

When he got the call from the White House about the CIO job, Deasy was enjoying his retirement from JP Morgan Chase and spending time hiking in North Carolina with his wife. Now, eight days into the role as DOD CIO, Deasy said he finds some similarities from the private industry.

“So what’s similar is people who work in technology, love technology,” he said. "I find that it doesn’t matter where I go. If you find great technologists, they want to do great things.” Unfortunately, bureaucracy exists everywhere, he added. “It exists in the private sector side and it exists in government.”

One of the main differences Deasy noticed is the reason for which people work in the private industry versus the Department of Defense. “When you work in the private sector, and you go ask 10 different people, why are we here, you may get 10 different answers,” he said. “When I ask that question here [in DOD], it is very, very clear, everyone talks about the mission and how it aligns to National Defense Strategy.”

He laughed, though about the scale of the DOD, saying, “It’s become very clear to me that the board of directors is a little bit bigger here–500 plus. And I am still trying to wrap my head around that concept.”

Although Deasy is getting introduced to the department, he did identify several technology priorities, including cloud, which he characterizes as “one of the most iterative things” he has been involved with. “First thing, there is not a singular thing that cloud is,” he said. There are a lot of different things that make up a cloud. Cloud can do different things for you. It can be an infrastructure, it can be a platform, it can be as a software as a service, and each of those has its own permutations, its own challenges.”

Because of that, Deasy said, “It is really important that everybody gets clear as to what is the conversation you are having and what it is you are trying to do.” He advised that “it is not a case of lifting out of the old world and suddenly trying to drop into a new world.” He offered that the cloud does present “the most phenomenal opportunity” to look at legacy systems and re-engineer.

“Early on getting people focused around the fact that cloud allows you to do amazing things that you simply haven’t been able to do historically,” he said. These capabilities could include a self-healing network, awareness, getting more services on the fly, Deasy noted. “It gives us as IT professionals a whole new way to operate our estate and to build the future of how we want IT to run.”

As far as other priorities, he said, “None of it will surprise you.” The singular thing that DOD is focused on is the National Defense Strategy, and so for Deasy, understanding that strategy is helping him to crystalize what to focus on: lethality, alliances and reform.

Deasy did warn industry that conversations they want to have with him need to center on the National Defense Strategy.

“When people want to talk about something that is disconnected from the National Defense Strategy, the ability to have a lot of interest in that conversation is limited,” he stated. “Everything has to connect together; these are not singular stand-alone conversations.” Industry should tie to that and come prepared with information on “what is the time, what is the cost, what is the effort, what is the security risk of adopting [a technology].

"To the extent that you can have conversations knowing that those are the fundamental questions that are sitting in our minds, the better, more robust conversation we are going to have right out of the gate,” he continued.

Deasy also cautioned that innovation may not necessarily always mean something that is brand new. “'We are going to be looking at big data, machine learning and artificial intelligence, cloud and all the things you would expect me to say. But I also always remind people that innovation is sometimes taking what you have and making it better.” 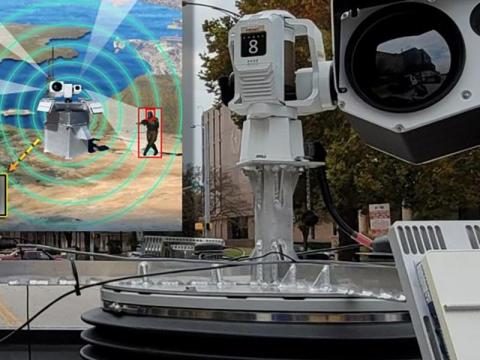