Who Will Hold the Quantum Keys to the AI Kingdom? 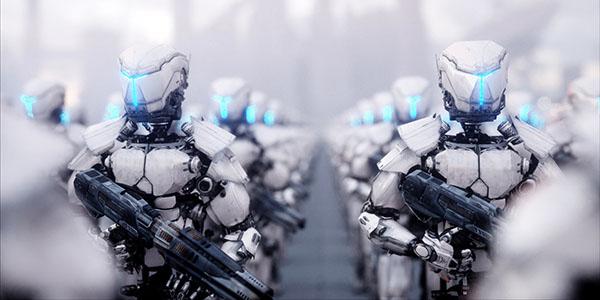 As China, Russia, the United States and others race to gain an advantage with artificial intelligence (AI) technologies, quantum-enabled AI may be the next evolution, according to a panel of experts at the August 16-19 AFCEA TechNet conference in Augusta, Georgia.

The experts discussed a wide range of AI-related topics, including the international competition for AI dominance, AI for cyber and military operations, the ethical application of the technology and the biases often built into AI programs.

Gen. Clyborne recalled that Vladimir Putin, president of Russia, has said that whichever country controls AI will be the ruler of the world, that Russia and China included AI in their military strategies in 2017 and that AI is considered a critical technology in the U.S. Defense Department’s 2019 strategy document.

She also cited Stuxnet as a prominent example of artificial intelligence. “You had a program that was laying in wait, that was mutating and changing, looking for the right piece of code in order to disable the nuclear reactors or the centrifuges and then send them spinning out of control,” she explained. “That was 10 plus years ago. If we were capable—not we as in the U.S.—but if technology was capable of that 10 years ago, and we can share that across our platforms, where are we now 10 years later?”

While discussing the ethical application of AI programs, Espinal noted that other countries do not place the same limits on the technology that the United States does. U.S. military officials, for example, have decided that AI and robotics technologies will always include a human “in the loop” to override the systems, if necessary.

“Something we don’t normally think of often or talk about openly, especially as practitioners, is that although we’re always working to improve the models, or we’re always looking to gather deeper insights from data sets, what we’re never necessarily ever being comfortable with is knowing that our adversaries aren’t operating by any rules of engagement when it comes to AI because there aren’t any,” she said. “Right now, this is not defined, and we certainly don’t see this being defined in the next five to 10 years. What we see is the war of who is able to achieve, from a national perspective, superiority, the supremacy of AI.”

AI discussions still are in the early stages. Very soon the conversation will need to include quantum AI, Espinal added. “We’re having a conversation today around AI, and we’re still trying to discern and figure out how we move about in terms of applying it within certain sectors of our government umbrella. “We’re doing it now from a rudimentary perspective, but very shortly that AI conversation is going to start to transform and is going to start going into more of a quantum AI.”

Espinal then asked who will achieve supremacy and “hold the keys of the kingdom” with quantum AI. “The only way to do that is to start going into quantum cryptography and quantum AI. How are we leveraging quantum computing to be able to stay ahead? Although right now, that technology is still under research and development and we’re still having these rudimentary types of conversations, it’s certainly on the table. And that certainly tells us that our competitors—our nation competitors, China and Russia—are also doing the very same thing.”

As the United States continues debating the ethics of AI, other nations are not. “While we’re all here trying to figure out how to apply AI and what’s the ethical way to move forward, they’re already there. They are not operating by the same guidelines or ethics that we are, and they’re also certainly not operating by any rules of engagement,” she said.

Gen. Clyborne echoed those comments. “When you’re faced with an adversary that has no bounds—and there are limits that we do need, obviously, to place on it—but when we get into the area of AI, I don’t know that we know where that bound really is. The reality is that we have near-peer adversaries who are going to use this technology or this capability to create dominance.”

The general pointed out that AI can act as a deterrent to actual conflict, reduce the number of troops in harm’s way, curtail the loss of human life and reduce costs as well.

Espinal highlighted the importance of both offensive and defensive AI systems. “We need to be able to be armed with defensive AI and offensive AI so that we understand which of the two to apply depending on the situation. It’s not going to be a one-size-fits-all,” she said. “It is one enabler that lives within a multi-stack kind of environment capability that empowers the operator or empowers the customer to be able to achieve better, quicker, faster, stronger results that are needed.”