A major U.S. intelligence agency is building its new headquarters facility around a network-centric architecture dedicated to information access and dissemination. The new construct allows the agency to accommodate the technology advances that have changed missions radically over the years.
Intelligence

The People's Republic of China has launched a new series of frigates that provide an effective modern capability for littoral operations. Known as the Type 054 series, these new frigates can be categorized into two classes—the 054 Jingkai and the newer, much more capable 054A. The first appeared about four years ago, but China could be gearing up to produce both variants in large numbers.
International

The Massachusetts Institute of Technology has never shied away from the toughest engineering and science challenges, and the school is maintaining this tradition by launching a far-reaching program to develop new energy technologies. Researchers are working to create innovative solutions and applications for fossil fuels; nuclear power; biomass and biofuels; and wind, water, ocean, solar and geothermal power.

Out of the Laboratories and Into the Seas

Any leader in any of the military services will declare that support to the warfighter in ongoing operations is the top priority.

Are Biometrics the New Intelligence Discipline? 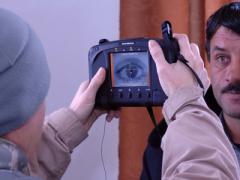 U.S. Army Builds Cyber Branch One Step at a Time 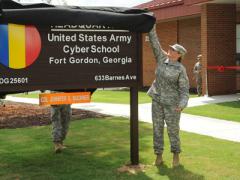 The newly reconstituted Joint Staff office is not just picking up where the previous version left off.

The rapid advancement of technology is causing continuous change in academic institutions tasked with preparing the work force of the next century. An incessant and increasing need for technically proficient personnel has placed a burden on institutions of higher education, demanding that they produce employees who can handle information technology systems that now permeate virtually every aspect of the business world.
Industry

The most impressive new large guided missile destroyers (DDGs) of China's Peoples Liberation Army Navy, or PLAN, are the showcases of new operations and responsibilities beyond traditional coastal roles. The ships' new sensors, missiles and combat systems are mainly of Russian and Western origin. However, China now is faced with the challenge of operating and maintaining these advanced systems to create a credible threat to foreign navies in Far Eastern waters. This blue-water fleet primarily comprises ships that have been operational for years, but other more advanced ships are being built and may be deployed as soon as next year.
International

The Republic of Bulgaria is facing a challenge familiar to many former Warsaw Pact NATO members as it strives to build a modern interoperable force under domestic fiscal constraints. But not all new Central and Eastern European NATO members are active in overseas security deployments both for NATO and for other coalition operations. Bulgaria is facing short-term as well as long-term challenges as it rigs for interoperability concurrent with a transition to a professional military.
International