The U.S. military is moving its cryptographic capabilities into the 21st century with a major program to replace and upgrade legacy equipment and systems. The multiyear effort is introducing new algorithms designed to enhance interoperability and information sharing across the services and coalition allies. It also focuses on educating military customers about new technologies and coordinating with firms to include cryptographic systems in communications and computer systems.

In April 1999, the Atlantic alliance will celebrate its 50th anniversary at a summit in Washington, D.C. This makes the North Atlantic Treaty Organization (NATO) one of the longest lasting alliances in history. Unlike other alliances, NATO has not only outlasted the conditions that brought it into being, it has also adopted a range of new missions and policies to ensure its key role in Euro-Atlantic security for years to come. NATO's crucial role in Bosnia, its new relations with countries across the Euro-Atlantic area, and its strategic partnership with Russia indicate that the Atlantic community remains as dynamic as ever. And, as the accession of three new NATO members testifies, this Atlantic community is growing.
International

DISA Drives Deeper Into the Battlespace

Not content with being a global service provider, the Defense Information Systems Agency is striving to extend its network to take advantage of new capabilities that it is introducing into the force. Many of these new capabilities magnify the power of the network as it reaches the tactical edge, and they may change the nature of communications and information flow.

Germany’s defense electronics industry is in a state of flux. Consolidation and internationalization have changed the way companies conduct business with national and foreign customers. Local firms must band together to work with and compete against large multinational consortia for government contracts. Within this shifting landscape, the industry is poised to take advantage of these changes by expanding into new domestic and overseas markets.
International 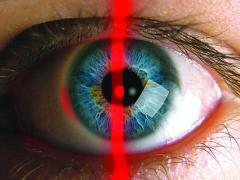 The U.S. Navy already is encountering unexpected changes following the consolidation of its N-2 and N-6 organizations. The effects of the merger already are leaving their mark on the organization itself along with the rest of the service. Budgetary planners effectively are defining the new organization’s campaign plan for the next few years. And, new technologies have leaped to the top of the Navy’s priority list.
operations

Members of the biometrics community must determine where they want to be and how to get there.
Identity Management

Telecommunication technologies allow people to reach out and touch someone in ways that were unimaginable just a few years ago. No longer restricted to voice-only transmissions, consumers are using the metal and fiber veins that run throughout the world to send data, images and even multimedia presentations worldwide. Companies that develop the technology and services that facilitate these connections are watching opportunities blossom. More importantly, they are fighting hard to stay ahead of a game in which ignoring a chance to provide in-demand services means handing your competitor the advantage.
Communications

The final frontier is about to become home to another layer of military capabilities with the launch of TacSat-1 and lift-off of a new concept for space-based assets. The launch, which is scheduled for late this month, is the first step toward tactically exploiting space and represents a dramatic change of the entire business model for designing and purchasing space-based systems. Providing warfighters with operationally responsive satellite communications, the scheme will enable military commanders to act more quickly and effectively in battle.
Space

China may be building a navy that features some world-class technologies aboard new ships, but its large numbers and variety of naval and air weapons still are operated in isolated methods because of the lack of effective command, control and communications and datalinks. Of 494 Chinese navy ships, the only combatant warships with credible Level III command, control and communications are four imported Russian Sovremennyi guided missile destroyers, 11 new construction guided missile destroyers, four 054A guided missile frigates, two upgraded Luda-class destroyers and 12 submarines, including nuclear strategic ballistic missile submarines.
International
Navy