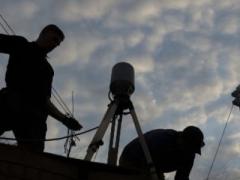 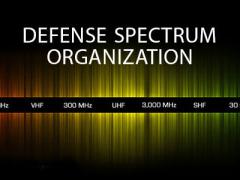 Radio technology being developed by the Defense Advanced Research Projects Agency uses electromagnetic spectrum so effectively that it has gained White House attention and is being touted by government officials for possible commercial use both domestically and internationally.
Technology 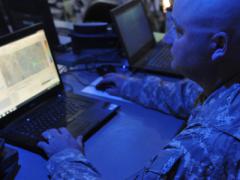 Pentagon officials are aggressively tackling the spectrum supportability problems that plague the U.S. military both in the United States and abroad. In response to discussions at the Defense Spectrum Summit in December, personnel in the offices of the Joint Staff and the Assistant Secretary of Defense for Networks and Information Integration hammered out details and approved a long-awaited update to the department’s official instruction on management and use of electromagnetic spectrum. A number of new initiatives have been put into motion, and military leaders agree that if the momentum of the summit continues, severe problems with spectrum management could be a thing of the past.
Technology

The Global War on Terrorism is pushing the visibility and value of spectrum to the forefront. Problems encountered during current operations illustrate how devices that find their way onto the battlefield without thorough spectrum requirement vetting are costing lives. Whether the challenge is systems that interfere with each other or equipment that has not been tested in the electromagnetic environment in which it will be used, the consequence could be mission failure instead of success, death instead of life. Military leaders are committed now more than ever to not only keeping spectrum management in the limelight but also continually checking on its progress.

Spectrum Management Advances in the Queue

Add spectrum management to the list of the U.S. military’s top priorities. Along with information sharing, interoperability and information security, ensuring that the latest communications and sensor systems have waves to ride on in the battlefield is now a hot topic at the highest levels at the Pentagon.
Communications

Electromagnetic spectrum innovation may be a key to sharing versus repurposing a finite resource.
Image 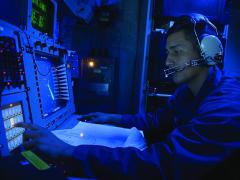 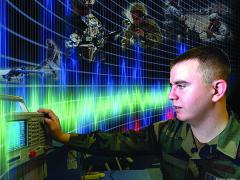 DARPA's dynamic spectrum access radio technology is but one solution in the overall quest to increase electromagnetic spectrum efficiency-but it's considered state of the art. The DSA can be likened to a traffic cop in that it directs the flow of spectrum traffic based on usage and volume. Cooperative efforts among international entities in the military, public and private sectors is integral to making this technology a continued success. Read the complete article and share your views on the DSA's impact and further potential.