U.S. Army communications is more likely to be software-driven in the future as radios increasingly resemble specialized computers. Apps will be driving advances, and computer-like acquisition policies for radios will help speed cutting-edge technology to the field.
Defense 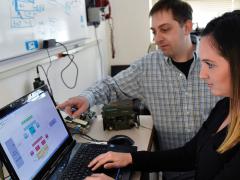 Signal Evolves From Enabler to Domain

The digitization of the force has moved information systems from a supporting role to a co-star in the battlespace.
70 Years of SIGNAL 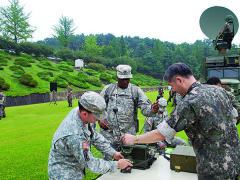 New algorithms and signal processing technologies may reduce the vulnerability of global positioning system devices to electronic countermeasures. Antijam systems already are in production and are being incorporated into the latest U.S. Defense Department weaponry. Future iterations may bring signal assurance to even the smallest handheld consumer devices.
Military

As promised, we have a new feature on SIGNAL Scape as of this month. Robert K. 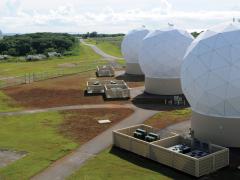 The 7th Signal Command Turns One, Plows Ahead

A year into its reactivation, the 7th Signal Command (Theater) at Fort Gordon already has seen the scope of it

A new digital signal processing technology originally developed for the commercial world now is being incorporated in military systems where it offers significant improvements over current techniques. Known as pipelined frequency transform, the architecture is a licensable intellectual property of cores, or engines, that can be included in programmable logic devices such as semiconductors or system-on-chip designs. Major defense application areas include advanced radar, signals intelligence, secure wireless communications and electronic warfare.
Technology